What’s the Difference Between a Stop Loss and a Trailing Stop Loss?

There are a lot of phrases and terms in the trading world which you may have heard and wondered about. Let’s take a look at “Stop Loss” and “Trailing Stop Loss”, and the differences between the two. Though similar in word and meaning, there are some slight differences.

A stop loss is an order given by the trader. It sets the limit on the most the trader is willing to take as a loss in a security. If the security value or price goes lower than that limit- the stop loss- then it turns into a market order. A stop loss can be readjusted as desired. 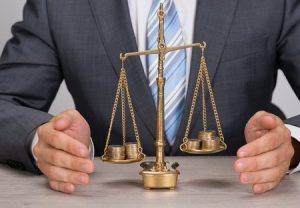 Though a trailing stop loss is similar to a stop loss,rather than a certain amount of money the trader is willing to lose on a security, it is a certain percentage of investment which is determined as being risked. The percentage can be a fixed amount, such as 4%, or a spread such as one of between 3% and 6% .When the maximum percentage is set, the stop loss is not triggered until the price or value of the security drops below that amount or percentage. The trailing stop loss amount will automatically follow the ups and downs of prices, which is helpful to loss less and protect investment and profits.

Many traders prefer to combine the two options in stop loss for the best results. Using them together offers more protection to investment and allows for greater profit and less loss. In order to work it best, watch the markets and see what limits are most likely to work for your purposes.

When you get into trading it’s a good idea to study the vocabulary, as well as the markets, before you jump right in. That way you will be able to understand what’s happening better, and minimize your losses while maximizing your profits.